The electoral triumph in the main Spanish cities of the Republican political forces on meant the definitive fall of the monarchy of Alfonso XIII and the birth of the 2nd , which would be proclaimed on 14th April. On the same day, a few hours before, Francesc Macià, leader of Esquerra Republicana de Cataluña, unilaterally proclaimed the within a hypothetical Iberian confederation. Finally, on 17th April, the Spanish provisional government made a pact and the adopted the name of Generalitat, integrated as an autonomous government in the .

The of 1931 had a series of problems to resolve inherited from the 19th century that involved agrarian and military reforms and confronting issues no less polemical in the religious and territorial field. There were necessary changes but nonetheless conflictive which must be contextualised in the framework of the economic and social crisis of 1930s .

The Republican political reformists generated discontent on behalf of Spanish society and sectors that until then had been crucial to its governance, especially the army. On there was a military insurrection in that the next day would reach the peninsula. It was the start of the Spanish Civil War. In , as in other areas of the State, the failure of the military rebellion caused the collapse of the Republican administration and, at the same time, unleashed a social revolution that during the first months of the conflict led to the persecution and murder of people of conservative and/or Catholic leanings. Both the and the Generalitat partly succeeded, despite the reigning confusion, in saving many lives of people considered rightwing. Normally, they were helped to go to and and, finally, most ended up in Franco’s . This has become known as the white exile of 1936.

Throughout the war, which lasted almost three years, hundreds and thousands of people abandoned their homes and with their few belongings moved around the peninsular territory. Some even left the country, by land or sea, according the evolution of the fronts. But it was especially the outcome of the Battle of Ebro and the Franco offensive on in late 1938 and early 1939 that brought about the great exodus of around 500,000 people, soldiers and civilians who defended the Republic, towards the French border, an unprecedented human tragedy in our history. 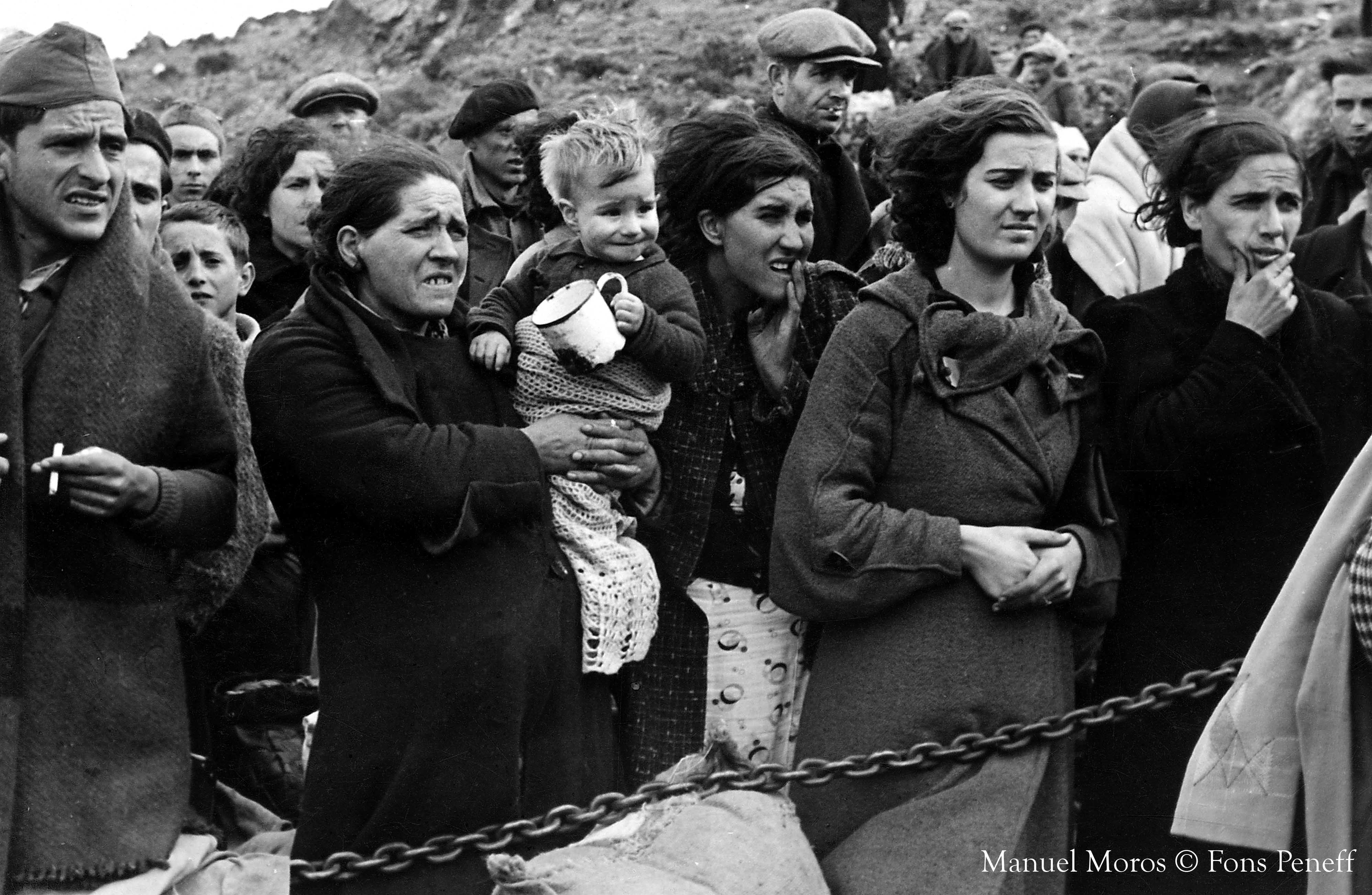 The polarisation of political positions in 1930s , exemplified during the Spanish Civil War between the legitimate government of the Republic, which received the conditional support of the and the solidarity of the International Brigades, and the national faction, with the support of National Socialist Germany and Mussolini’s fascist , was also reflected by the artistic and propagandistic production. In 1930s , ideological radicalism reached all spheres, especially those that had a communicative potential, such as the arts, the press, cinema or radio. The Generalitat de Cataluña at the start of the Civil War realised that it needed its own propaganda apparatus, which was created by the Decree of with the name of Propaganda Commissariat.

Under the aegis of this body, part of the Presidency of the Generalitat and led by the journalist Jaume Miravitlles, from a newsletter was published in several languages on the evolution of the conflict under the title “Press Release”. Moreover, propaganda posters and satirical political auques (strip cartoons) were published and exhibitions were organised. In the cinematographic field, the production and screening of newsreels was channelled through the creation of the production company Laia Films; there were also radio campaigns aimed at the front and the rearguard...

Under the protection of and thanks to this Propaganda Commissariat, these photographs, posters and sculptures have reached us, which have formed part of our collective imaginary on the Spanish Civil War becoming kinds of icons that, like Picasso’s Guernika, cannot be separated from this episode of our history.