Exhibition: "From Prades to Perpignan. Pau Casals and the World of Exile"

Tempory exhibition"From Prades to Perpignan. Pau Casals and the World of Exile. Reports by the Photojournalist Jean Ribière (1944-1956)” 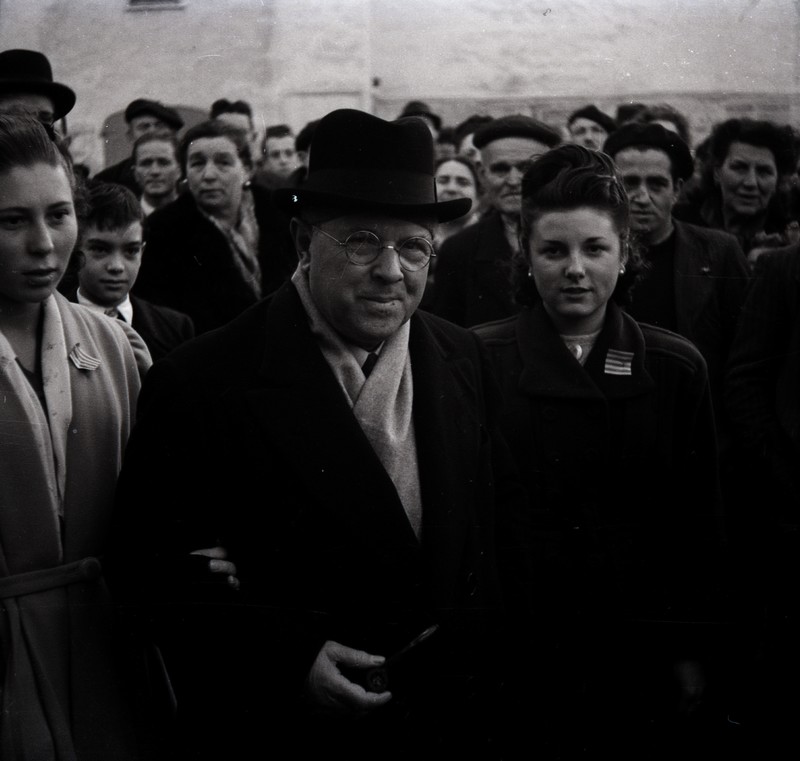 This exhibition, curated by the documentalist, art historian and cultural manager Eric Forcada, is jointly organised by the Casa de la Generalitat in Perpignan, Prades Town Council, the Festival Pablo Casals and the Exile Memorial Museum, in collaboration with Memorial Democràtic and with the support of the Federació Catalana d’Amics de la UNESCO. It is divided into three parts, each of which will be simultaneously exhibited in Perpignan, Prades and La Jonquera. At MUME, the exhibition will be opened on 14th July 2012, at 9 pm, and can be seen until 11th November 2012.

Undoubtedly, the exhibition presented by Eric Forcada is distinguished by its enormous cultural, patrimonial and, even, national interest. Based on his critical work and re-approach concerning the unseen photographic collection of the photojournalist Jean Ribière (Niort, 1922-Perpignan, 1989), we have the opportunity to discover a little known moment of Republican exile which also has a marked Catalan character as it took place in two locations: Perpignan and Prades. In this respect, Eric Forcada’s curatorial endeavours enable us to understand, through these photographs, the universe of Republican exiles in this area of Northern Catalonia, with Perpignan and Prades as its epicentres: Prada, because it was the home in that period of two unique figures, Pau Casals and Pompeu Fabra; and Perpignan as an urban centre and given its political and administrative functions as capital of the region. The photographic collection has great significance because, based on the figure of Pau Casals amidst the yearnings and frustrations of Catalan Republican exile, it reflects the political and social dynamism that refugees in Northern Catalonia acquired soon after the liberation of France in 1944. Mass mobilisations in the street against Franco’s regime, popular festivals, cultural and political events led by important figures such as Josep Irla, Antoni Rovira i Virgili, Joan Alavedra, Pompeu Fabra Josep Puig Pujades or Josep Carner and the ever omnipresent Pau Casals, the first homage that exiles paid to President Lluís Companys and the closing of the border are some of the events captured by Jean Ribière’s lens. In short, the figure of the exemplary citizen, Pau Casals, is absolutely central to explaining an unrepeatable era in our history, when Perpignan and Prades were the capitals of Catalan Republican exile. Moreover, the photographs, along with showing a militant and committed Pau Casals who feels the fate of his compatriots, show, as never before, the key role of the city of Perpignan in the organisation of the resistance against Franco’s regime.

Jean Ribière began his professional career in 1940 in the newspaper L’Independant. In 1944, he founded his own press agency. He sold his reportages to Le Républicain des P.O., L’Express, L’Aurore, Match, Keystone and the BBC, and also to exile newspapers such as La Humanitat. He held the position of Vice-President of the Association de Journalistes Reporters Photographes et Cinéastes (ANJRPC). Throughout his career he produced around 120,000 photographic documents.