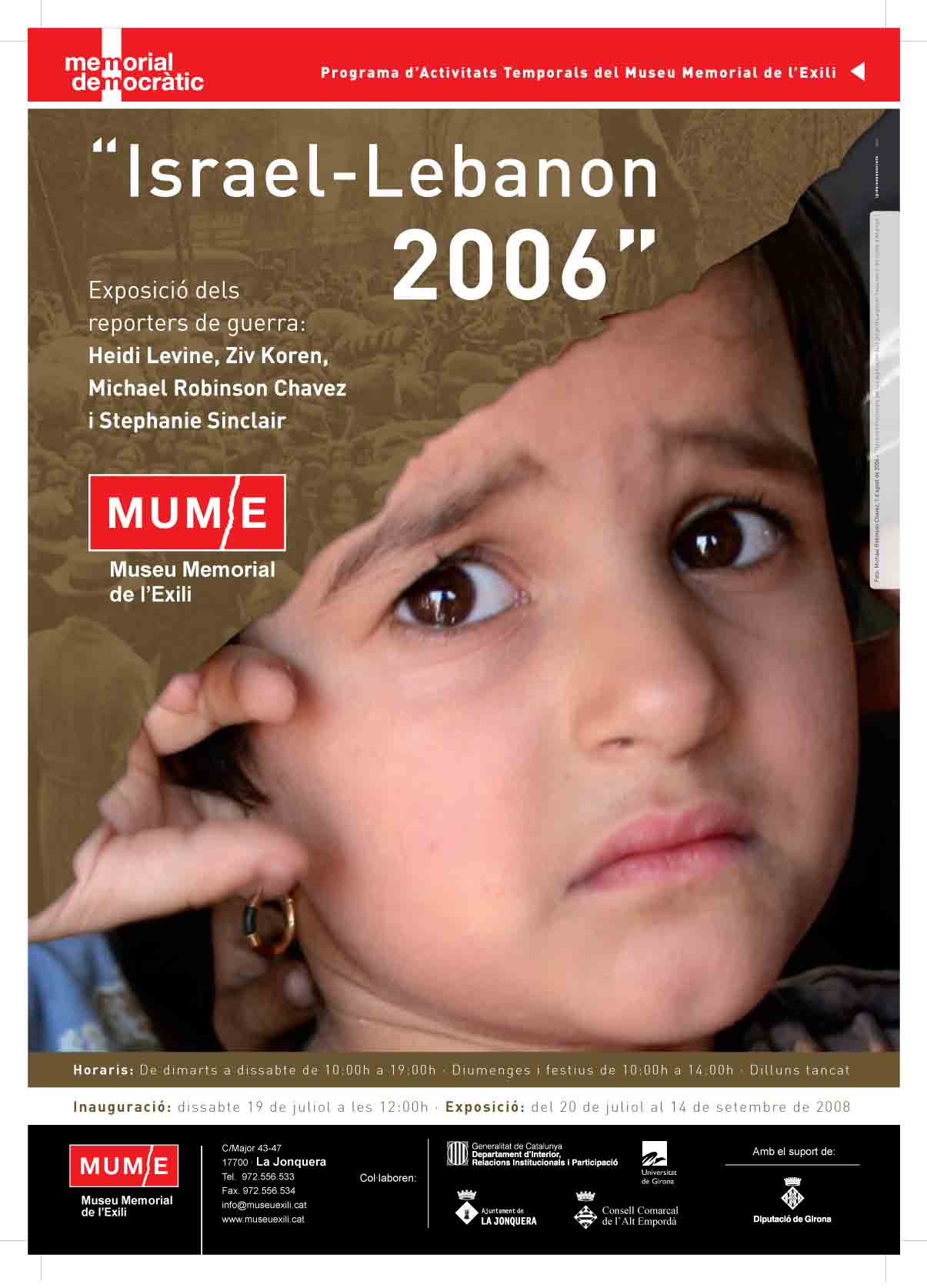 Between 19 July and 14 September, as part of the temporary exhibitions programme of the Exile Memorial Museum (MUME), the exhibition “Israel-Lebanon 2006” took place. This consisted of photographic works by war reporters Heidi Levine, Ziv Koren, Michael Robinson Chavez and Stephanie Sinclair, and is the result of contacts of the MUME with the photographic centre War Photo Limited, based in Dubrovnik (Croatia). The work of these four photojournalists, all of them internationally recognised for their contribution to the media such as Time, Newsweek, Stern, Chicago Tribune, Paris Match and the Washington Post, among others, brings together with intense clarity and emotion the events that took place during summer 2006 when the state of Israel decided to invade southern Lebanon temporarily and to systematically bomb the whole country. Shortly after a raid at the border separating Israel and Lebanon when the Palestinian militant group Hezbollah captured two Israeli soldiers, the Israeli army unleashed a major military operation. The strength of Israel’s response resulted in the destruction of part of the small Mediterranean country and the beginning of an armed conflict that lasted more than thirty days and which resulted in the destabilisation of Lebanon, always on the brink of civil war and which also put the whole of the Middle East at risk of sliding into chaos with a general conflagration.