Images of the Jonquera 1939 / Elisabet Eidenbenz Found of Elna Council

Four images from the Eidenbenz Fund of the town hall of Elne, taken in La Jonquera during the Retirada, have recently been discovered and identified.

The images were taken by International Red Cross humanitarian aid staff in the context of the Spanish Civil War and belong to the Elisabeth Eidenbenz Fund of Elne City Council.

Activist and teacher Elisabeth Eidenbenz (Wila, Switzerland, 1913 - Zurich, Switzerland, 2011), although she started working in Spain in 1937, in the framework of humanitarian aid organizations for victims of the civil war L he Spanish (in particular with Swiss aid for children in Spain), is best known for managing various health establishments to facilitate the motherhood of women refugees in concentration camps on the beaches of Roussillon, as in Brouilla and, above all, the Swiss Maternity Hospital in Elne, where up to 595 babies were born between 1939 and 1944.

Two of these images were detected by a MUME employee and history graduate Margaret Townsend Pi i Sunyer, in historian Tristan Castanier's publication Elisabeth Eidenbenz and Elne’s Maternity. Women in Exile, Mothers of the camps (Ed. Trabucayre, 2009), which reproduced some of the images from the Elisabeth Eidenbenz Fund deposited at Elne town hall by Elisabeth Eidenbenz herself before her death. 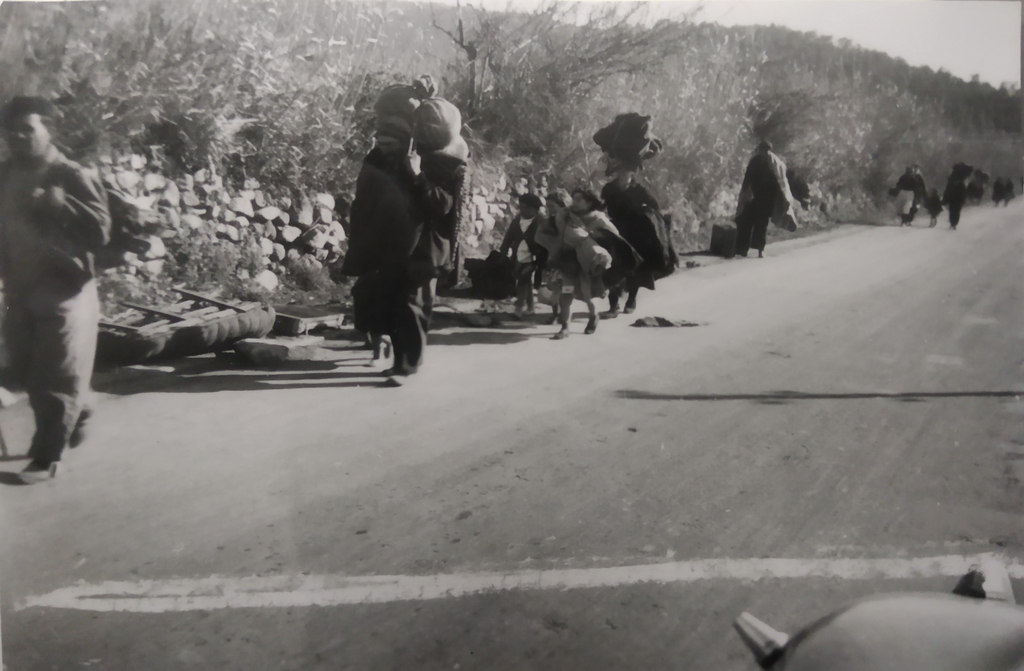 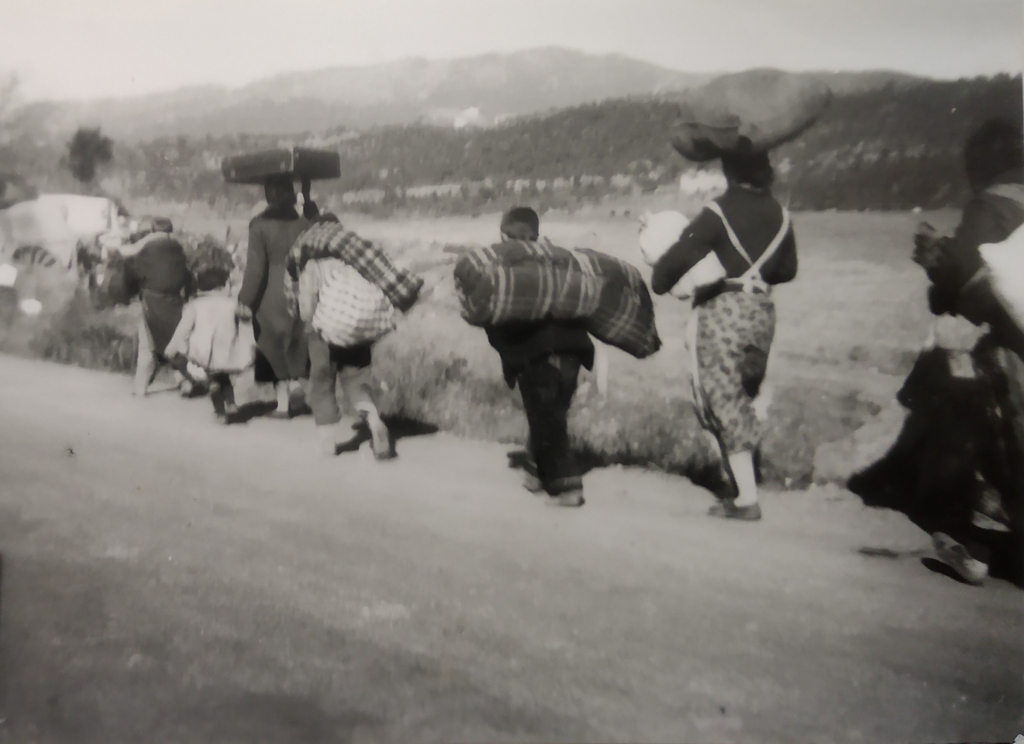 The identification of the images was possible thanks to the knowledge of the profiles of the mountain of Santa Llúcia and Canadal that we see in the images, taken from the N-II, at the height of the current entrance to the commercial area of the southern entrance to La Jonquera.

The Swiss humanitarian aid delegations left Barcelona just before their occupation by the Francoist army and since their arrival in Perpignan on January 30, 1939, it seems that the images can be dated between January 28 and 29, 1939.

These exceptional images depict the first phase of the Retirada through La Jonquera, when the bulk of the refugees began to accumulate, reaching over two hundred thousand in two weeks. They mainly see children, women, grandparents and packed cattle, loaded with suitcases, mattresses and other personal effects, walking towards the border, heading north, or temporarily parked on the edge of the national road. in a sort of tent camp. improvised. In the background, the profile of the east bank of Le Perthus, Rocabertí Castle, Civadera and Sierra de la Bastida can be detected with precision. Two images are taken in a north direction and two in a south direction, and are explained as part of the documentation of the humanitarian aid justification tasks and the travel of members of the International Red Cross delegation between Barcelona and the border. French. In fact, it was the only reference in the original Elisabet Eidenbenz album, where she says Flucht aus Catalonie nach Franchreich, that is, the flight from Catalonia to France. The authorship of the photographs is unknown, but it would not be impossible for Eidenbenz to have taken them, as it appears that she was the author of some of the background images. 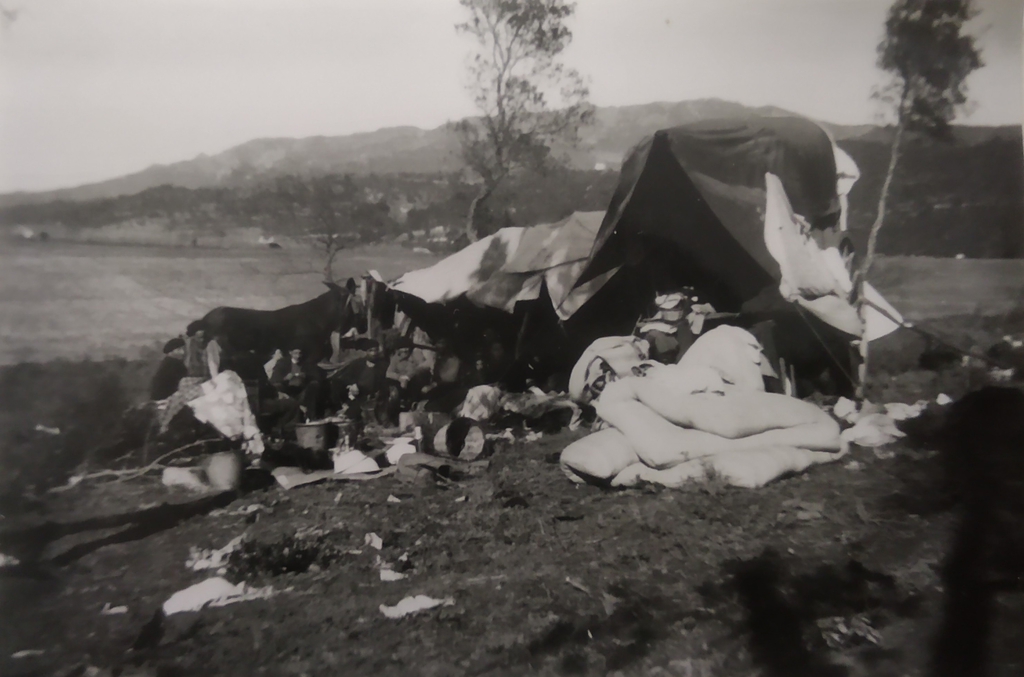 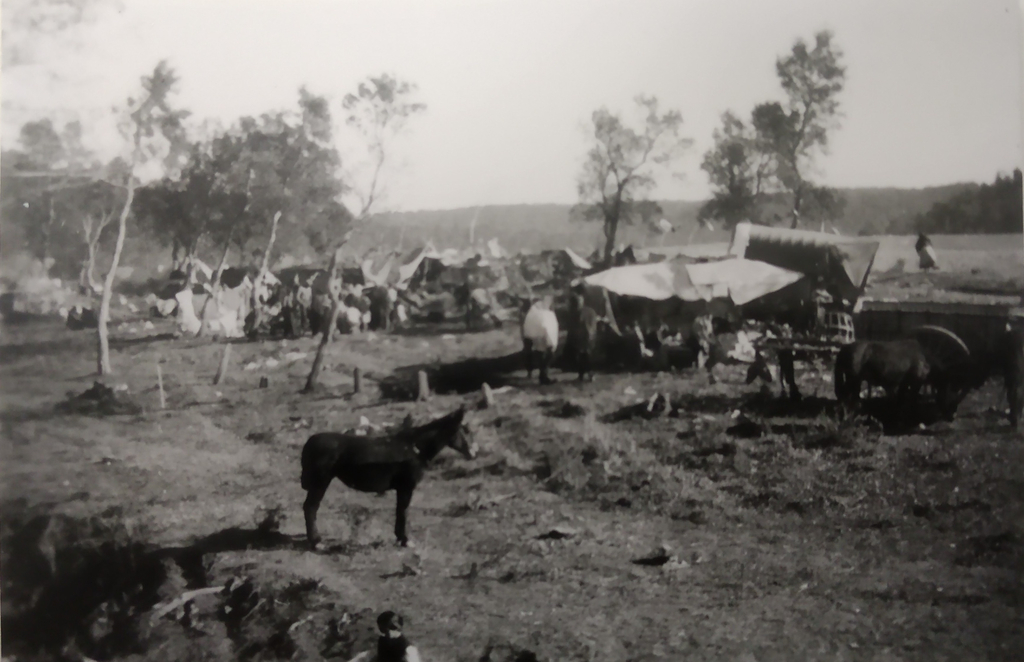 Thanks to the collaboration of the City of Elne, with which the MUME shares various projects and collaborations around the republican exile, it was possible to make known these four images of the Eidenbenz Fund which are kept in this Municipal Archives at Department of Oriental Pyrenees. This Fund, known mainly for the images of Elne's maternity hospital, also includes images of Swiss humanitarian action in the republican zone since 1937 (Burjassot, Xàtiva, Móra d'Ebre, Puigcerdà ...), of the Retirada and also from the south of France (Brouilla, Elne and Rivesaltes).

The find signifies a relatively exceptional fact, as almost no image of the Retirada taken in La Jonquera is known, except for the dams in the district of Els Límits, in Le Perthus, right on the border. In fact, very few images of the Retirada de La Jonquera, of the Gaussot Fund and, once La Jonquera was occupied by the Francoist army, of the Louis Albert Deschamps Photographic Fund (Centro Documental de la memoria historica, Salamanca, ministry of Culture) and the Martí Bofill Fund of the Municipal Archives of Figueres. For this reason, we can consider that these are very interesting images that lead us directly to the end of January 1939, the date of the start of the entry of civilians into France.

So we have the first still photographs of this precise moment, which, a few days later, would collapse the border, the municipality and a large part of the bombed area, in Figueres and also on the roads towards Jonquera and Portbou.