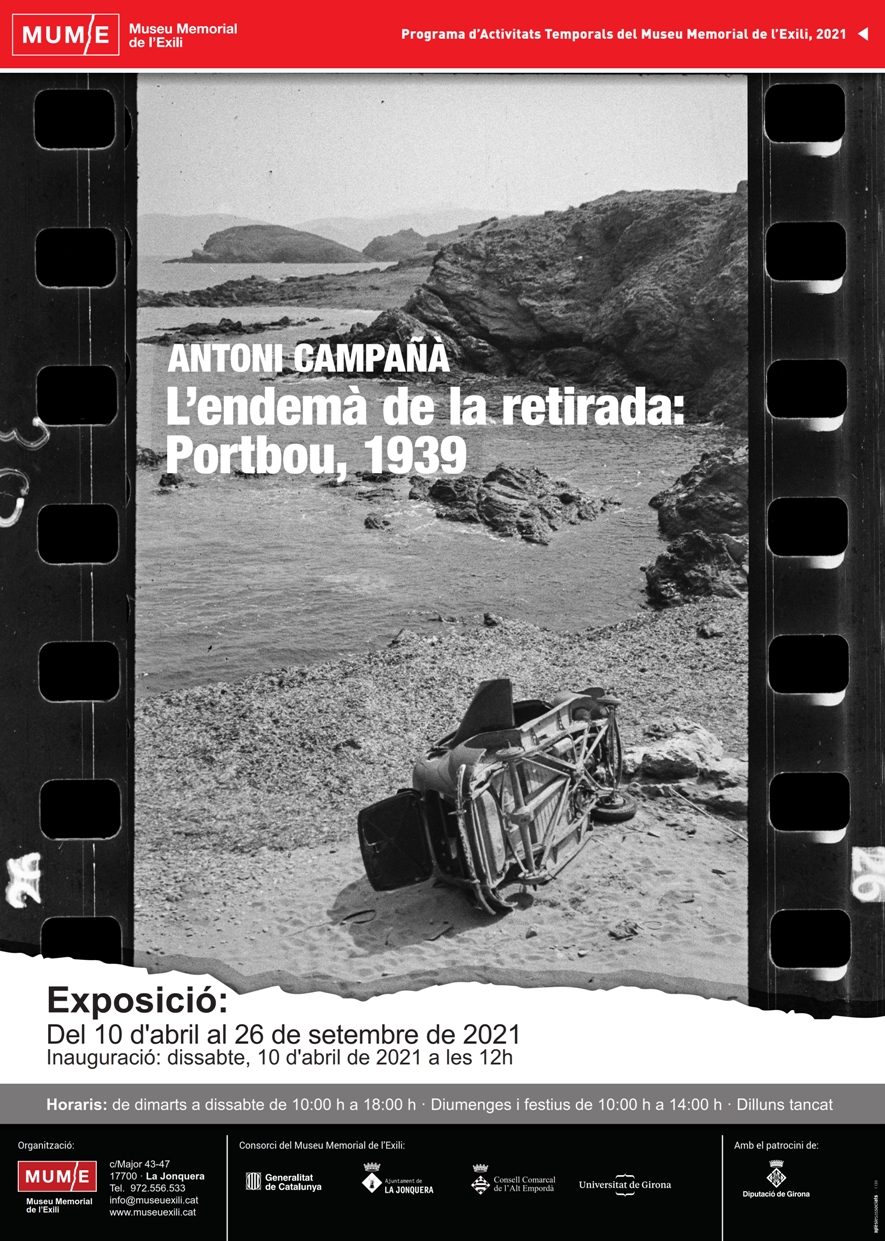 Portbou, March 1939. A month ago, Franco's troops crossed the Franco-Catalan border in the Coll de Belitres, closing the drama of the Civil War in Catalonia. Where the Pyrenees sink into the Mediterranean Sea, the camera of the photographer Antoni Campañà (1906-1989) captures the complexities and parallel realities of the moment. As he traverses the Empordà and traces the silhouettes of the material remains of the Republican Retreat, he processes his itinerary during the war in the form of an interior self-portrait. Without concessions, he photographs himself discovering his absence.

Antoni Campañà was an important pictorialist photographer who has been rediscovered from the publication of "La caja roja" (Comanegra, 2019), a synthesis by Plàcid Garcia-Planes, Arnau Gonzàlez i Vilalta and David Ramos on Campañà's photographic backgrounds on the Civil War and the immediate postwar period, to which the images in this exhibition belong, which will be curated by Arnau Gonzàlez i Vilalta, historian and Professor of Modern and Contemporary History at the UAB.