Limited capacity. Prior registration is required at info @ museuexili / 972556533 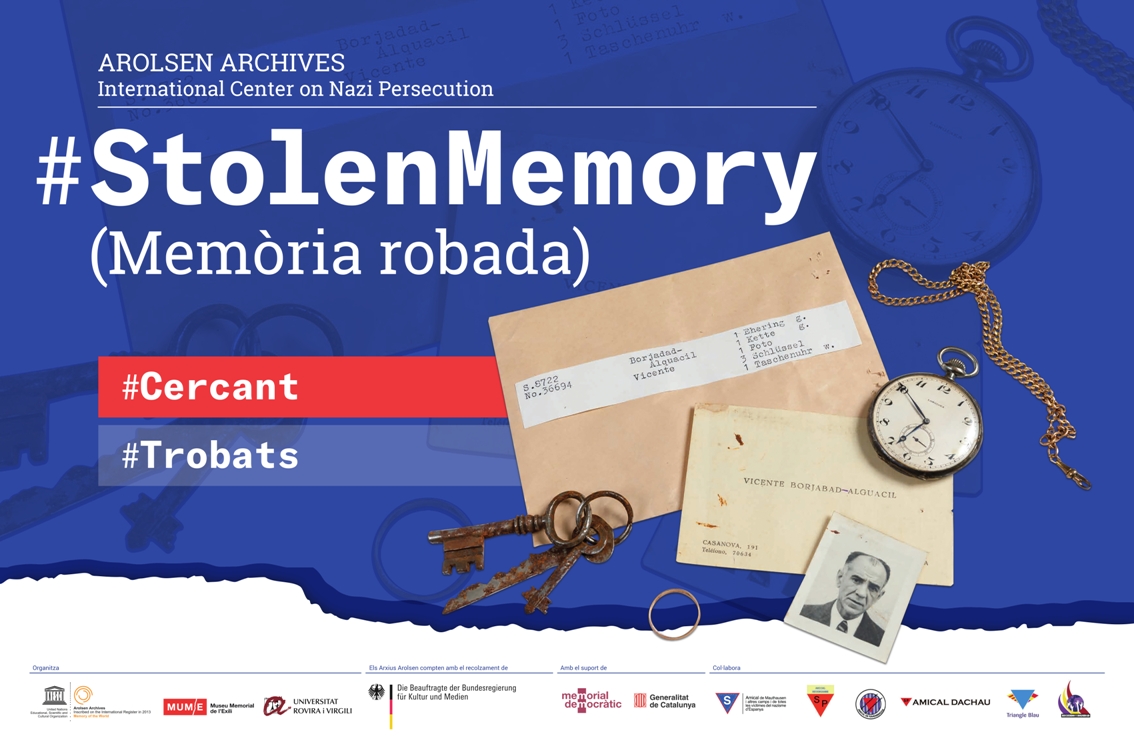 Bad Arolsen is a city of 15,000 inhabitants located in central Germany, in the state of Hesse (Kassel Region), where an important archive was located after the Second World War to promote documentation and information search. on the victims of Nazism. Since 2016, the Arolsen Archive has promoted the search for families and descendants to send them documents and belongings kept there by deportees through an exhibition at the same center and, for the past few months, also with traveling exhibitions in from other countries, such as Poland. In the case of Spain, there were documents and objects of about 60 deportees, some of whose families have already been located and some returns have been made. The aim of this temporary exhibition is to make known in Catalonia the task of recognizing and returning to the families of the deportees, which has long been carried out in other countries.

Personal belongings belong to victims of Nazi persecution in more than 30 countries, mainly Poland, Germany and the former Soviet Union. They include prisoners of various categories, political prisoners, Jews, gypsies, and those designated as "professional criminals" and "antisocial elements." However, most were forced laborers from Eastern Europe.

This project of the archives of Arolsen is one of the actions of diffusion of his bottoms, in format of exhibition, and of extension and diffusion of the search of families of deportees still pending to return.

For the first time, it has been possible to bring this initiative from the Arolsen archive to Catalonia and Spain.

The exhibition, organized by the Arolsen Archive, the Democratic Memorial and the Rovira i Virgili University, can be visited first at the Palau Robert (Barcelona) between June 25 and July 26, 2020.

The exhibition consists of basic information about the project and #StolenMemory Archives Arolsen two parts, one devoted to Catalan and Spanish exiles whom have already returned the documents and those who are still to locate the descendants and relatives.

Organized by: Arolsen Archives - International Center on Nazi Persecution, the former International Tracing Service (ITS), in collaboration with MUME and Universitat Rovira i Virgili, with the collaboration of the Memorial Democratic and various memorial associations of relatives of deportees.